The endless quest to find a replacement for pneumatic tires spawned this interesting substitute.
It didn’t catch on!

This was relatively simple compared to this device described in a 1908 patent application:

With the development of the 1905 Opel-Darracq Kriegswagen, Germany seemed poised to lead the world in armoured warfare–but the War Office rejected the vehicle in spite of the attention it attracted at the Berlin Automotive Show in February 1906. They rejected Ehrhardt’s hardened anti-balloon vehicle as well, so they went into the war with little in the way of AFVs (PM, Sept. 1906, p. 917).

In spite of their considerable promise, airships remained vulnerable, difficult to control, and expensive. And this one (PM, Sept. 1906, p. 904 ) looked like a massive penis. 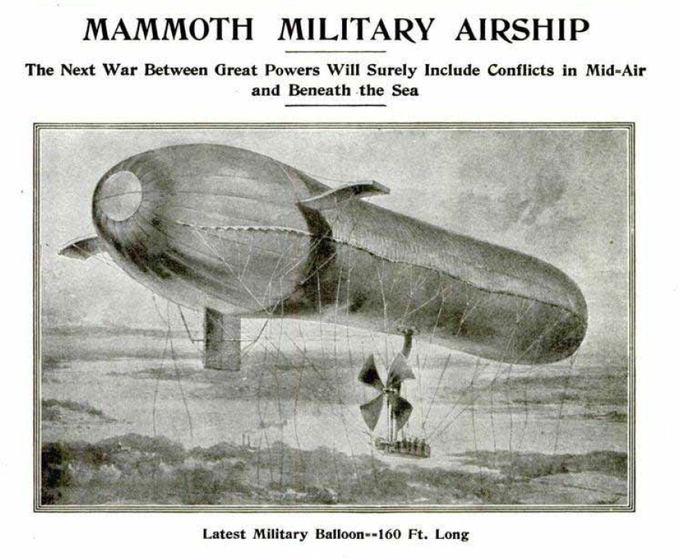 The article describes it as resembling a “sea monster,” which is discreet. This German gas bag was invented by Ausust von Perseval (1861-1942), who went on to develop fully 22 airships during WWI and several more after.

Polar expeditions were often unlucky, but Walter Wellman’s seemed cursed. He took his French-built airship to an aerodrome in Dane’s Island, some 600 miles from the North Pole.  During pre-expedition testing in 1906 his engines self-destructed. Repeated attempts were made in 1907, 1909, 1910, and 1911, the last of which ended in the death of the whole crew. (Popular Mechanics, July 1906, pp. 701-703). 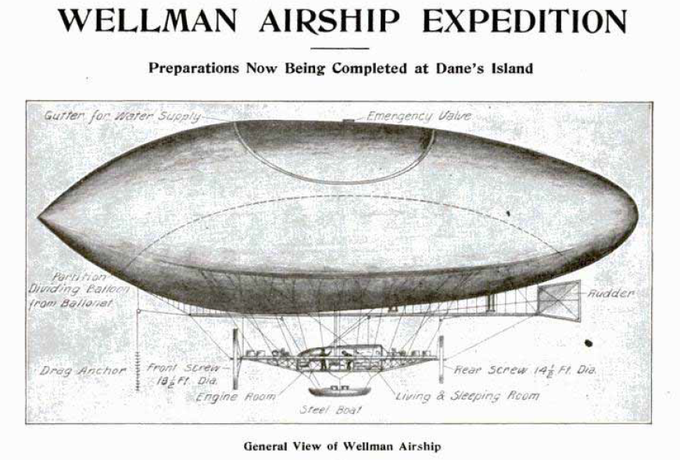 In November 1907, Popular Mechanics reported a delay in the first expedition due to adverse weather conditions that slowed the construction of the Dane’s Island aerodrome:

Usually when the landing gear fall off aircraft, it is a problem, a sign of impending doom. This one was designed to dump its wheels, thereby decreasing drag and boosting performance (Popular Mechanics, Nov. 1922):

The Me163 Komet of the early 1940s had a similar design–the product of necessity. While it took off on a sled that was left behind, the Me 263 had proper retractable landing gear.

Shaped like an artillery shell, this British wheeled body shield never took off (Pop. Mech. Nov. 1915). Sam Hughes’ Canadian alternative was the “Shield Shovel”–too heavy for a shovel, it was too light for a shield! 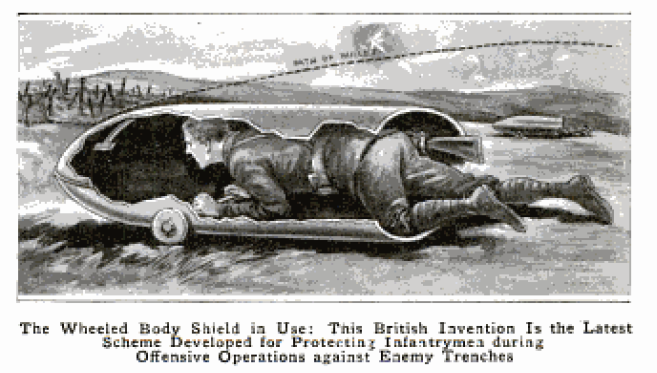 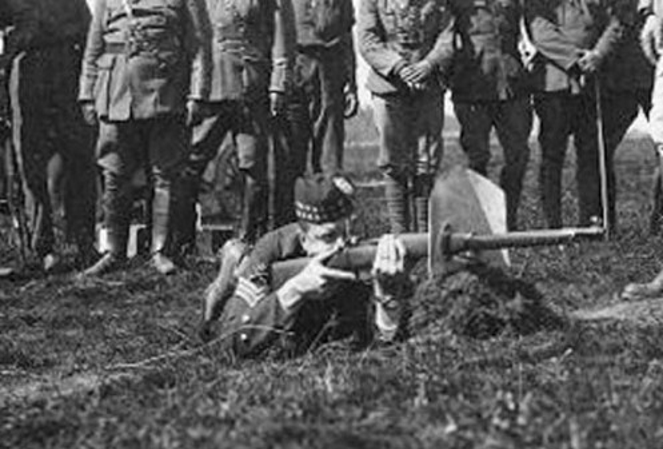