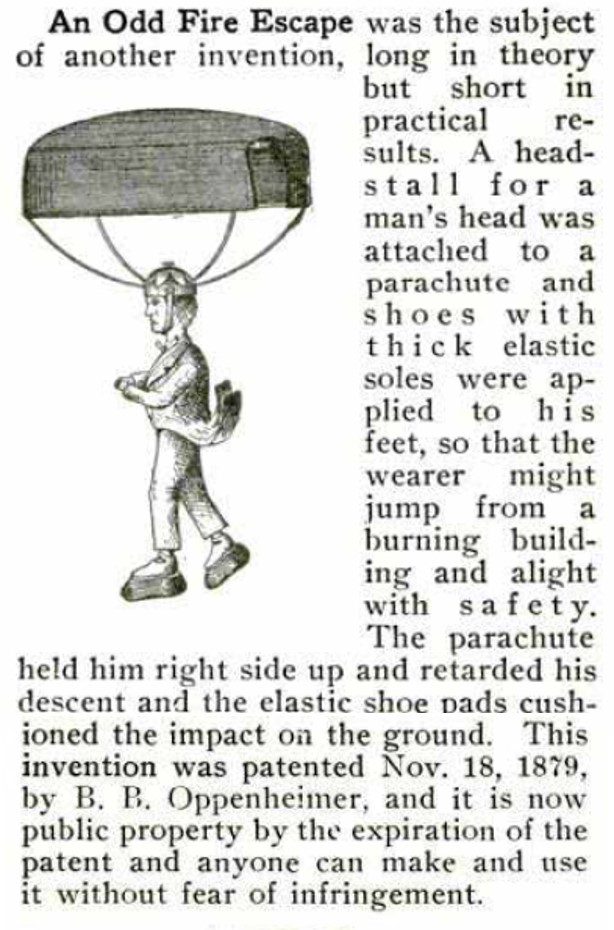 This is likely “Baby,” British Army Airship No. 3, launched in May 1909. Like its predecessor, “Nulli Secundus,” it was later re-built (the former as “Beta,” the latter as “Nulli Secundus II”). “Beta” made some longer trips and attempted experiments in radio communication, but was itself soon rebuilt. “Beta II” went on to score a number of firsts, including mast mooring (PM, Sept. 1909): 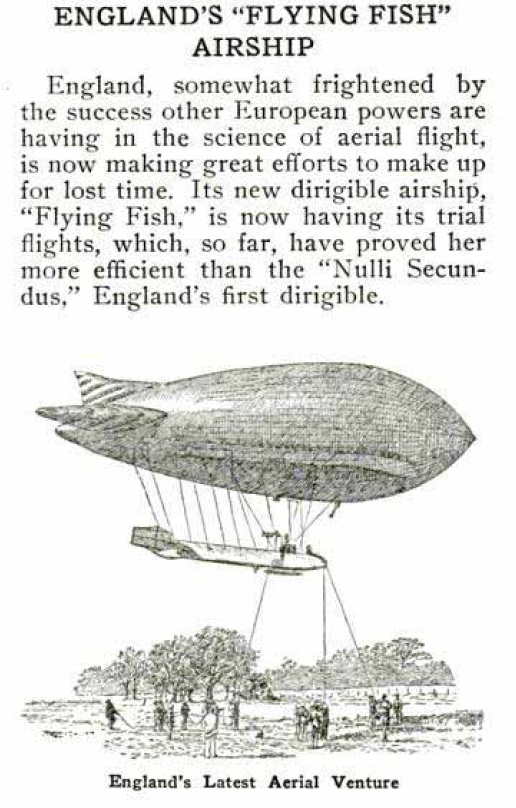 The tangled story of Charles Tolliver’s attempt to build a radical airship is more complex and violent than most. He began by convincing Hearst to invest $20,000 in his design, which housed crew and engines WITHIN the airbag. Tolliver borrowed a ravine on a farmer’s property, lined it with boards, and here a huge design took shape: 250 by 44 by 40 feet. In 1907, his first flight was announced. Popular Mechanics took an interest and ran a story on the new dirigible (Sept. 1909).

However, the farmer and Tolliver’s patron were fed up with him. By 1910, Tolliver had decamped to San Diego. Here his agent, one Bert Lewis, bought iron filings and sulfuric acid to generate the huge volume of hydrogen needed. Meanwhile, the city gas inspector became anxious about the presence of such a large volume of gas, and took a sample back to his lab–and blew it up! Tolliver again failed to get his dirigible off the ground, and as the city pondered how to get rid of it, a wind came up and shredded it. Meanwhile, Bert had been kept busy making gas–while Tolliver was making time with his wife, Ellen Lewis. Lewis shot Tolliver dead; he was acquitted of murder on the grounds of temporary insanity, but Ellen left him. So he did the only thing left: he joined the circus!

The airship never left the ground.