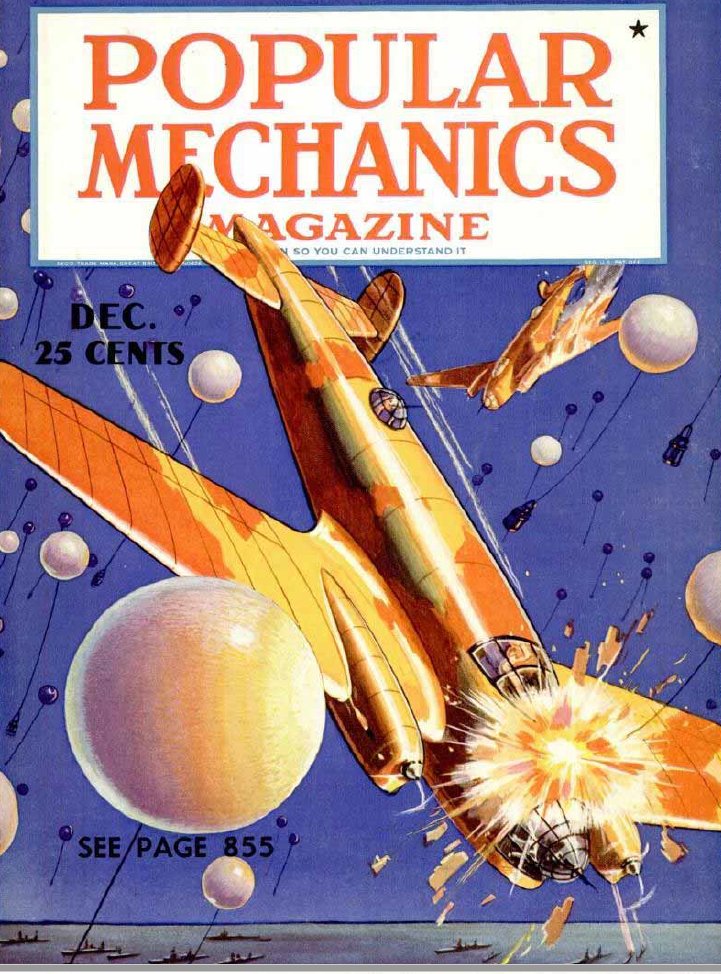 In a 1938 lecture, Air-Commodore J.G. Hearson described how a lethal fence of barrage balloons would protect London, coyly declining to explain the destructive mechanism but hinting that it was much more effective than a mere wire tether. In practice, the balloon wires claimed 25 hostile aircraft–and 91 friendlies!